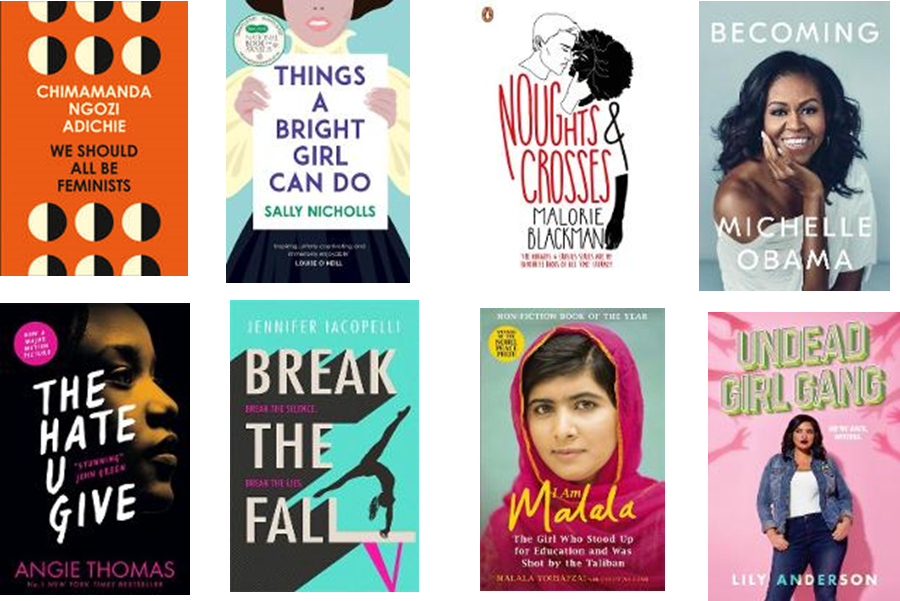 We Should All Be Feminists, Chimamanda Ngozi Adichie ( Fourth Estate)

A personal and powerful essay from Chimamanda Ngozi Adichie

Things a Bright Girl Can Do, Sally Nicholls ( Andersen Press)

Through rallies and marches, in polite drawing rooms and freezing prison cells and the poverty-stricken slums of the East End, three courageous young women join the fight for the vote.

Noughts and Crosses are fated to be bitter enemies - love is out of the question. Then - in spite of a world that is fiercely against them - these star-crossed lovers choose each other. But this is love story that will lead both of them into terrible danger . . . and which will have shocking repercussions for generations to come.
Becoming, Michelle Obama ( Penguin)

An intimate, powerful, and inspiring memoir by the former First Lady of the United States

A fiercely told survivorship novel about one girl's determination to push her body to win gold at the Olympics, and the power of uniting as women to speak out.

I Am Malala will make you believe in the power of one person's voice to inspire change in the world.