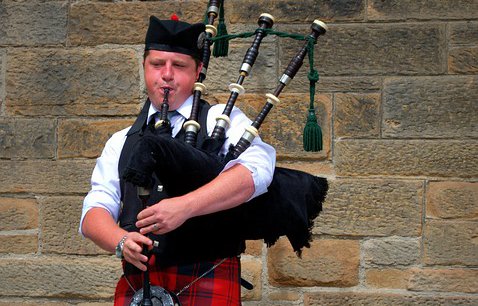 Known fondly as ‘Rabbie’, Burns was a poet who lived in the late 1700s. He is famous for his poems and songs in the Scots language, and in English with a Scots dialect. Have you ever sung Auld Lang Syne on New Year’s Eve? Burns put pen to paper to record this widespread Scottish folk song, formalising the lyrics and melody into the song we still sing today.

Millions of people still celebrate Robert Burns’ birthday on Burns Night - 25 January. Traditionally these celebrations involve eating haggis (a traditional savoury pudding, a bit like a big round sausage), neeps and tatties (turnips and potatoes), lots of singing, dancing, bagpipe music, and sharing poems and stories late into the night.

Hold your own Burns Night celebration at home!

Burns is famous for writing in Scots dialect - that means the poems are written on the page exactly as they sound when spoken in a Scottish accent, and contain some words that were just used in Scotland 250 years ago!

Download the audio files below and have a go at rewriting the extracts from Robert Burns’ poems into your own dialect.

If you don’t know some of the Scots dialect words, don’t worry - have a guess! We’ve given some clues in brackets to help.

To a Louse (extract)

Your impudence protects you sairly (barely):

Tho’ faith, I fear ye dine but sparely,

How daur (dare) ye set your fit upon her,

Gae somewhere else and seek your dinner,

On some poor body.

What does the word sound like when you say it out loud? Does it remind you of any words you know? What word would you use to describe what Robert Burns is describing?

Address to a Haggis (extract)

Aboon them a’ ye tak your place,

As lang’s my arm.

The groaning trencher (bowl or plate) there ye fill,

Your pin wad help to mend a mill

While thro’ your pores the dews distil