Speak to your child in your own language 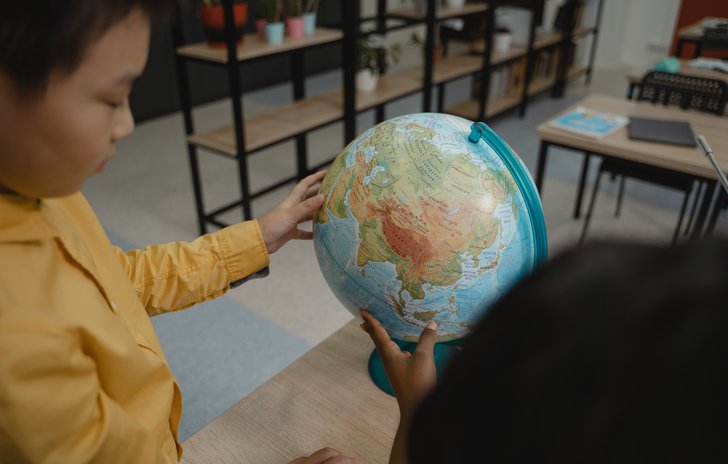 Bilingualism means speaking more than one language fluently. Some children speak a different language at home than they do at school or with their friends. This can make parents concerned about how their language skills will develop.

We’ve shared answers to some questions about bilingual children.

Is it good to speak more than one language?

Yes. Bilingualism helps children’s learning because they can think about their ideas in both languages. They can communicate with more people in their community and overseas and understand different cultures. This helps them do well at school. They can learn other languages more easily and have more job opportunities in the future.

Do bilingual children start to speak later than children who speak just one language?

No. But some children, whether bilingual or monolingual (speaking just one language), learn to speak later than others.

Should parents speak their mother tongue at home?

Yes. If children know their first language well, it will help them learn English.

Isn’t it better for parents to speak English instead?

No. It’s important that parents use the language they know best and feel most comfortable in. This is how they can help children develop language, talk about ideas and learn about the world. A child who develops good use of their mother tongue is more likely to develop good English.

Some parents find their children won’t speak their first language at home and insist on speaking English. What should they do about this?

Children quickly find out that English is the most powerful language in our society. They can pick up the message that other languages are less valuable. But it’s important to keep speaking your mother tongue at home. Children will understand what has been said and continue learning the language this way. Although it may be hard work to keep up the first language, children will thank their parents when they are older.

Some parents say they are not teaching their child their family's language because they want them to learn English first.

Many parents say this. It is important to remember that the younger a child is, the easier it is to learn a language. Many children feel left out in their families when everyone around them is speaking a language they cannot understand. Children in this situation also miss out on all the advantages of bilingualism.

Some children tell their parents not to speak their language to them in the school playground or in public.

What about children who have speech problems and are seeing a speech therapist?

There is no evidence that bilingualism will make it harder for children with speech problems to develop speech. If the family stops speaking their language to a child who already has a speech problem, there is a possibility that the child will become even more isolated and unable to speak.

If a child is growing up with two languages and they sometimes mix them up, are they confused?

Children will use words that they know rather than not say anything at all. For instance, if a child knows the word for 'ice cream' in one language and not the other, they will use the word in the language they know. The child is not confused. They simply making use of all the language they have.

Taken from Bilingual Children: A guide for parents and carers, written by Foufou Savitzky, London Language and Literacy Unit, South Bank University, 1994. Copies of this booklet are available from Avanti Books, phone 01438 350 0155, email avantiord@aol.com and Share Our Languages family learning report www.ourlanguages.org.uk. For more information visit www.talktoyourbaby.org.uk. Talk To Your Baby is an initiative of the National Literacy Trust.