Write your own poems with poet and performer Paul Cookson 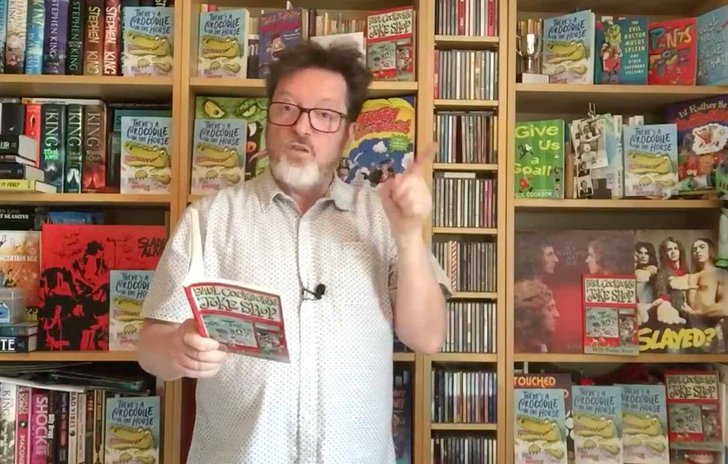 Poet, author and performer Paul Cookson has produced a series of poetry performance and workshop videos for Family Zone on the themes of creepy crawlies, brothers and sisters, football, teachers and disgusting stuff.

Paul Cookson has been a poet and performer for over twenty-five years. He has written and edited over sixty collections, sold more than a million books and visited thousands of schools, libraries and festivals all over the world.

He is the Poet in Residence for the National Football Museum in Manchester, and his work has appeared in over 200 anthologies, on school posters, art installations, beer mats and even burger napkins!

Watch the videos below to see him performing some poems, and follow his step by step guides to creating your own!

Workshop 1: How to write your own creepy crawly poem

"There’s a big bad bug in my lunchbox…”

Now you've watched Paul Cookson performing his favourite poems about creepy crawlies, it's time to write your own!

Watch the video below to follow an easy step-by-step guide from Paul on how to create and perform your own creepy crawlies poems. You'll learn how to work with alliteration and different poetry styles like the Kenning.

"Mrs Cox has a fox...Nesting in her sweaty socks…”

Workshop 2: Write your own funny poem about teachers

Now you've watched Paul performing his funny poems about teachers, it's your turn to have a go!

Follow along with the video below for an easy step-by-step guide from Paul on how to create and perform your own funny poems.

Performance 3: Poems about brothers and sisters

"What happens when a wasp flies up your brother’s shorts? How about when your sister sings?"

Paul Cookson explains how to turn real life experiences with brothers and sisters into a poem.

Workshop 3: Write your own poem about brothers and sisters

Now you've seen Paul's performance of his poems about brothers and sisters, it's your turn!

Watch the video workshop below and follow along with to learn how to create and perform your own.

Workshop 4: Write your own poem about football

Now you've watched Paul's performance of his football poems it's time to write your own! Watch the video workshop below and follow along with to learn how.

Snogging and sick, bogies and bottoms… these poems are not for the faint-hearted!

Workshop 5: A recipe for a disgusting poem!

Now you've watched Paul's disgusting things poetry performance, it's time to have a go yourself!

Follow the video workshop below to learn how to write your own.

Find out more about Paul Cookson: