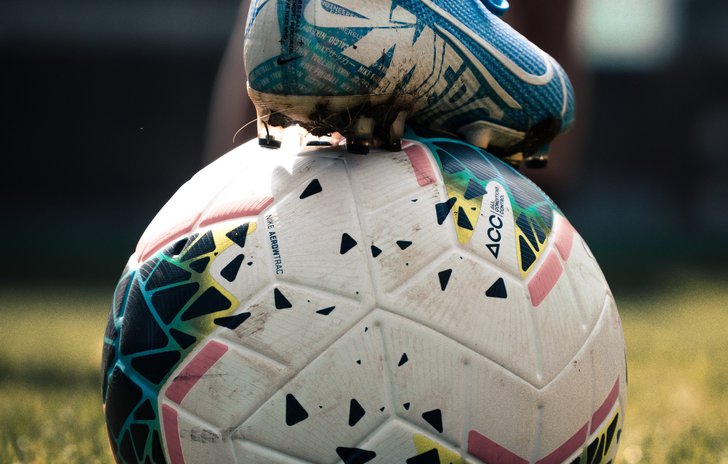 These are all books that children love – and they’re all about football! You can use your child’s interest in the sport to encourage them to read about it.

Today is a big day for Maisy and her friends as they head to the football pitch. Eddie, Cyril and Maisy are on the red team; Tallulah, Charley and Dotty are on the blue. The referee blows the whistle and they're off!

This Little Footballer is a delightful rhyming touch-and-feel book from Ladybird, with a different little footballer to talk about and a big touchy-feely item to explore on every double page. Each football-themed page helps to teach older babies and toddlers the difference between smooth, rough, bumpy, shiny and more.

Spinderella the football-playing spider. She tries to play a match with her brothers and sisters, but she doesn’t know how many spiders should be on each team. Even worse, she can’t count the goals! Luckily for Spinderella, her Hairy Godmother has a plan.

Kicking a Ball by Allan Ahlberg

A wonderful rhyming story which is ideal to read aloud while your child looks at the illustrations. An ode to the joys of simply kicking a ball, this is a guaranteed new favourite for both boys and girls.

Football is Jack's favourite thing in the whole world, but he's not big enough to make it into the school's football team. Might Mr Monkey and his magic be able to help?

Get That Ball! by Judy Corbalis

Tom and his gran are playing penalty shoot-out when things go wrong and the ball escapes... Now, wherever it leads them, from the park to the high street and beyond to the depths of the ocean and way up high in the sky, Tom and Gran must ‘Get that ball!’

Billy's telling tall stories about his ‘famous’ grandfather, Raphael suspects his coach of murder, Tom and Jerry surprise a talent scout and Katy gets picked to play for England. It's all going on at Shelby Town!

This is an inspiring story of a Brazilian boy who dreams of being a football star – and the sister who steps in to help his team win a game. Set in a country where football stars are often shaped by poverty, this tale of defying the expected scores a big win for all.

Willy the Wizard by Anthony Browne

A heart-warming picture book about a young chimp finding his footballing confidence, with great themes of resilience, standing up for yourself and growth. The beautiful illustrations make this book one to be shared – you'll find something new to talk about in each reading.

Nine-year-old Megan Fawcett loves football and is desperate to be on her school team. She tries everything to get the coach to notice her (even wearing a tiara!), but nothing seems to do the trick. Then Megan has her big brainwave: she could start her own team. An all-girls team!

The Story of the World Cup by Richard Brassey

From the first tournament in Uruguay to England's legendary 1966 win and beyond, with red cards, penalty shoot-outs and goals galore, this book is full of fun facts football fans can use to impress their family and friends.

Barry Loser is the Best at Football - NOT! by Jim Smith

Everyone at Barry’s school has gone football crazy, but Barry gets thrown out of the team for being rubbish. Then it turns out that his best friend Bunky is a super striker – so Barry becomes his manager. The cup final match is approaching and Bunky’s getting carried away with his football fame – can Barry keep his head in the game?

The Story of Football by Rob Lloyd Jones

A history of ‘the beautiful game’, which tells the story of football – from its beginnings in the Roman Army to the modern day Premier League.