Mark Refugee Week with your child 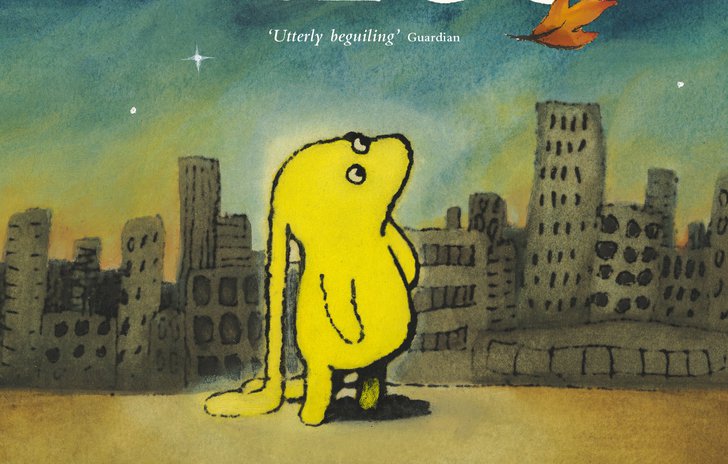 Refugee Week is an annual festival held in the UK which celebrates the contributions, creativity and resilience of refugees and people seeking sanctuary. In celebration of Refugee Week, we’ve put together this list of recommended children’s books that will offer young readers the chance to learn, think and celebrate stories of inclusivity and resilience, both during Refugee Week and beyond.

Beegu is not supposed to be on Earth. She is lost. She is a friendly little creature, but the Earth People don't seem very welcoming at all. However, so far she has only met the BIG ones. The little ones are a different matter ...

The Suitcase by Chris Naylor-Ballesteros

When a strange-looking animal arrives pulling a big suitcase, the other animals are curious. What on earth could be inside? But when the animals break into the suitcase and discover a very special photograph, they begin to understand what the strange creature has been through, and together they create a very special welcome present...

This is the astonishing true story of Zeraffa, a giraffe who was sent as a gift from Egypt to France in 1826. A young boy, Atir, takes care of Zeraffa on her epic journey and the sailors sing songs as she gazes down at them. In France, Atir leads her through the countryside, and thousands of people marvel at Zeraffa.

Paris falls in love with Zeraffa. The King builds her a special house in the Jardin des Plantes. On warm nights, the young princess visits, while Atir whispers stories to Zeraffa of a hot land far away.

My Name is Not Refugee by Kate Milner

A young boy discusses the journey he is about to make with his mother. They will leave their town, she explains, and it will be sad but also a little bit exciting.

Wisp: A Story of Hope by Zana Fraillon and Grahame Baker-Smith

Idris is a child refugee, born into a world of tents and fences, with no memories of the world outside. Then the Wisp arrives and everyone who holds it finds their memories reawakened, their hopes of freedom reborn. But what about Idris, who has no memories? What will happen when he holds the magical Wisp?

The Day War Came by Nicola Davies and Rebecca Cobb

When the government refused to allow 3000 child refugees to enter this country in 2016, Nicola Davies was so angry she wrote a poem, which became this book. The story should be helpful in explaining the ongoing refugee crisis to younger readers.

The Journey by Francesca Sanna

This book explores the unimaginable decisions made as a family leave their home and everything they know to escape the turmoil and tragedy brought by war.

The Arrival by Shaun Tan

This graphic novel is about what drives so many to leave everything behind and journey alone to a mysterious country without family or friends, where everything is nameless and the future is unknown.

Ebo is alone. His sister left months ago and now his brother has disappeared too, he knows it can only be to make the hazardous journey to Europe. Ebo's epic journey takes him across the Sahara Desert to the dangerous streets of Tripoli, and finally out to the merciless sea. But with every step he holds on to his hope for a new life, and a reunion with his sister.

The Boy at the Back of the Class by Onjali Q. Raúf

There used to be an empty chair at the back of my class, but now a new boy called Ahmet is sitting in it. He's nine years old and a refugee who's run away from a War.

No Ballet Shoes in Syria by Catherine Bruton

When Aya stumbles across a local ballet class, the formidable dance teacher spots her exceptional talent and believes that Aya has the potential to earn a prestigious ballet scholarship. But at the same time, Aya and her family must fight to be allowed to remain in the country, to make a home for themselves and to find Aya's father - separated from the rest of the family during the journey from Syria.

Boy, Everywhere by A. M. Dassu
This book is about the harrowing journey taken by Sami and his family from privilege to poverty, across countries and continents, from a comfortable life in Damascus, via a smuggler's den in Turkey, to a prison in Manchester.

Life is not safe for Alem. His father is Ethopian, his mother Eritrean. Their countries are at war, and Alem is welcome in neither place. So Alem is excited to spend a holiday in London with his father - until he wakes up to find him gone.

What seems like a betrayal is in fact an act of love, but now Alem is alone in a strange country, and he must forge his own path...

Get tips and activities to improve your child's learning