What should I read next? 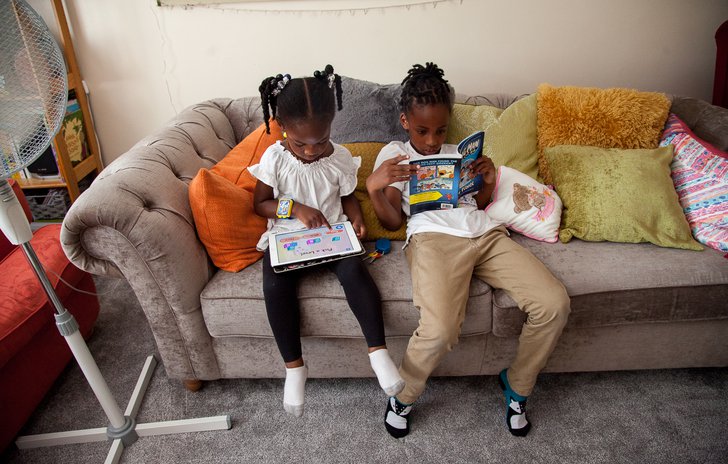 Recommendations based on the books you already love

Have your children really enjoyed a book or series, but they aren’t sure what to read next? We know that building a child’s reading identity is a crucial part of developing their reading enjoyment and book choice skills. So, whether they already love the Diary of a Wimpy Kid series, the Match annuals or Malorie Blackman’s Noughts and Crosses, we’ve got some engaging recommendations to help them enjoy exploring their reading preferences.

The Gruffalo by Julia Donaldson

Julia Donaldson’s heart-warming tale of The Gruffalo has been a favourite among so many young readers. For more charming and amusing stories to read together, try Donaldson’s Zog books or Shearring’s Anna and Otis. For a similar story that also introduces children to thinking about animals and the environment, try Mini Grey’s The Last Wolf.

Find-and-discover books like Where’s Wally? are great for a range of reading ages. For more find and discover books, Find Tom in Time and Catch the Creeper! are great. For young readers who love books that will give them activities to do whilst they read, Andrea Beaty’s Ada Twist’s Big Project Book for Stellar Scientists is fun. Also, for readers who like quick-fire learning without having to sit still, then why not try a podcast like BBC Sounds’ Homeschool History.

Bananas in my Ears and other books by Michael Rosen

Readers who love Michael Rosen's should definitely give the anthology, I Bet I Can Make You Laugh a go. For younger readers, Derek the Sheep is a good funny option. A Kid in My Class is great for readers who like some personality to their poetry. For more of a challenge, T S Eliot’s Old Possum’s Book of Practical Cats is a good one to try.

The Beano from DC Thomson

The Phoenix is a great option for Beano fans. Young readers looking for more laughs and big characters, My Magical Life and Claire: Justice Ninja are great fiction choices in book format. For young readers who just love all things comics, they could try award-winning Eco Kids Planet, or attempt some of their own writing with Write and Draw Your Own Comics.

The Boy, the Mole, the Fox and the Horse by Charlie Mackesy

The Boy, the Mole, the Fox and the Horse is a wonderful story for all ages. Older readers who are looking for something that will make them think could try I Will Not Be Erased and younger readers who enjoy mindful reading could try Ruby’s Worry or Your Mood Journal.

The Diary of a Wimpy Kid series by Jeff Kinney

Jeff Kinney’s hilarious, awkward and relatable Diary of a Wimpy Kid books continue to be popular with young readers. For similar laugh-out-loud silliness, children should try the Barry Loser series or the World of Norm series. For a bit of a twist, try El Deafo and Anisha, Accidental Detective.

Gangsta Granny and other books by David Walliams

If your young readers love the outrageously silly David Walliams books full of fart jokes and daft gags, then they should definitely try Who Let the Gods Out? and Little Badman and the Invasion of the Killer Aunties. For readers who really enjoy the funny characters at the heart of Walliams’ books, then The Racehorse Who Wouldn’t Gallop would be a good one to try. For books with the same chaotic adventures, try The Parent Agency.

Great Women Who Changed the World by Kate Pankhurst

The magical world of Harry Potter transports children’s imaginations as they develop their reading skills. For more magical tales to be entranced by, try Pullman’s The Northern Lights or Larson’s The Pennroyal Academy series. For slightly older readers ready for slightly deeper themes, why not try Ursula K. Le Guin’s quiet, absorbing A Wizard of Earthsea.

If your children love laugh-out-loud, fiendish fun, there are plenty of places to go after the Horrid Henry books. Dirty Bertie, Burping Bertha and Tom Gates are all perfect follow-ups for more mischief, while Two Weeks with the Queen provides the humour in amongst some more touching themes.

The Thirteen-Storey Treehouse by Andy Griffiths

How To Train Your Dragon by Cressida Cowell

How to Train Your Dragon is a warm, fun fantasy series from Children’s Laureate Cressida Cowell. For more magical fantasy, your children could try Dragon Rider or The Wizards of Once. For a good long series to get stuck into, the Beast Quest books are great. For children who just love everything dragons, why not try Douglas Florian’s How to Draw a Dragon.

Falling Out the Sky: Poems about Myths and Monsters by Emma Wright

The Match Annuals by Various

The Match Annuals are fantastic for football fans – and they’re a brilliant way to encourage reluctant readers. Superfans of football who aren’t yet super keen on reading could try the non-fiction How to Be a Better Footballer or Women in Sport, or a podcast like BBC Sounds’ Sporting Superstars. For a fiction choice, the Football School books are great.

The Tiger Who Came To Tea by Judith Kerr

Judith Kerr’s The Tiger Who Came To Tea is a longstanding classic for young readers, with its gentle, quirky humour enjoyable for both children and their adults. For more books with memorable characters to make your children chuckle, try Princess Smartypants or The Littlest Yak. For more animal books with a little bit of chaos thrown in, try Sadiq and the Pet Problem or Room on the Broom.

Whatever Next! by Jill Murphy

If your children love the action, adventure and intrigue of Anthony Horowitz’s Alex Rider books, they should try Robert Muchamore’s teen spy thriller series, Cherub. For an equally exciting read, but this time set in a dystopian world, they could try Veronica Roth’s Divergent series.

The Hunger Games by Suzanne Collins

If your young readers love the action and adventure of The Hunger Games, then Noughts and Crosses and The Explorer would be great next books to try. For readers who enjoy exploring more thoughtful themes, we recommend The Girl of Ink & Stars. You could also suggest they try a piece of classic literature that looks at some of the same themes of identity and growing up, such as I Know Why the Caged Bird Sings.

The Series of Unfortunate Events books by Lemony Snicket

Lemony Snicket’s witty, alternative and darkly humorous Series of Unfortunate Events is an enduringly popular choice among young readers. For more books that capture the same weird and wacky adventures, young readers could try Malamander or Miss Peregrine’s Home for Peculiar Children. For readers who especially love the bizarre and clever wordplay running through Snicket’s writing, this could be a good chance to try Alice’s Adventures in Wonderland.

Tracy Beaker and other books by Jacqueline Wilson

Jacqueline Wilson’s books offer a mix of heart-warming fun, touching themes and relatable stories for lots of children. Younger fans of Jacqueline Wilson could try Darcy Burdock and the Chocolate Box Girls series. For older readers who love Wilson for her more serious themes and nuanced protagonists, Orangeboy and Little Women are both good choices.

For more touching, thoughtful reads that celebrate difference, The Boy at the Back of the Class is a fantastic read. For superfans of Wonder who just want more R J Palacio, the short-story collection Auggie and Me would be a great place to go next. Readers interested in more inspirational figures should try the anthology The Hero Next Door.

The Worst Witch by Jill Murphy

Young readers who love stories in fantasy school with lots of mischief could try You Can’t Make Me Go to Witch School or New Class at Malory Towers, which includes updated content for today’s young readers. For more books with super-cool main characters, Pippi Longstocking is a great classic, and Amari and the Night Brothers is also great. For some fun poetry that still has a magical feel, Dear Ugly Sisters and Other Poems is brilliant.

Dear Ugly Sisters and Other Poems by Laura Mucha