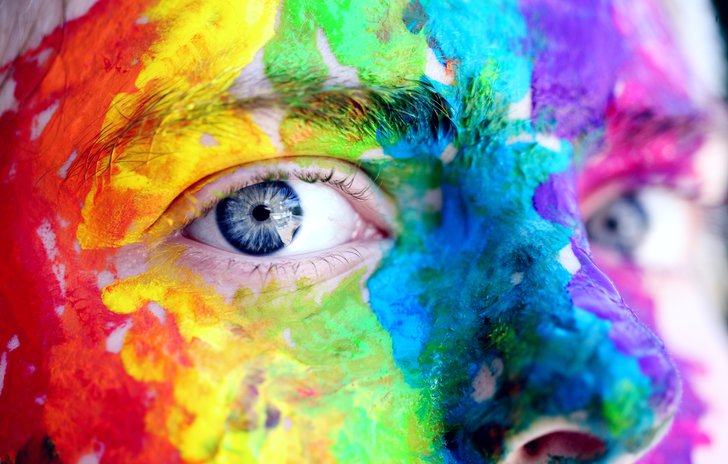 Pride Month is all about celebrating love and friendship, and how far we've come in terms of the gay rights movement.

When it comes to explaining Pride to your child, it's best to make sure you understand its history, the facts and keep it as simple as possible. Here's our book list of recommended reads to help you and your children aged 9-12 celebrate Pride.

When 12-year-old Flick Hudson accidentally ends up in the Strangeworlds Travel Agency, she uncovers a fantastic secret: there are hundreds of other worlds just steps away from ours.

All you have to do to visit them is jump into the right suitcase.

This is the perfect book for anyone who wants to learn more about inspiring figures in LGBTQ+ history, including Freddie Mercury, Frida Kahlo, Leonardo da Vinci and Alexander Wang.

Proud of Me by Sarah Hagger-Holt

Becky and Josh are almost-twins, with two mums and the same anonymous donor dad. Josh can't wait until he's eighteen, the legal age when he can finally contact his donor, and he'll do anything to find out more - even if it involves lying. Becky can't stop thinking about her new friend, Carli. Could her feelings for Carli be a sign of something more? Becky and Josh both want their parents to be proud of them...but right now, they're struggling to even accept themselves.

When people look at George, they think they see a boy. But she knows she's not a boy. She knows she's a girl. Then her teacher announces that their class play is going to be Charlotte's Web.

George really, really, REALLY wants to play Charlotte. But the teacher says she can't even try out for the part...because she's a boy.

Death in the Spotlight by Robin Stevens

Fresh from their adventure in Hong Kong, Hazel Wong and Daisy Wells are off to the Rue Theatre in London to face an entirely new challenge: acting. But the Detective Society is never far away from danger, and it's clear there's trouble afoot. Then a body is found. Now Hazel and Daisy must take centre stage and solve the crime...before the murderer strikes again.

The Misadventures of the Family Fletcher by Dana Alison Levy

The start of the school year is not going as the Fletcher brothers hoped. Each boy finds his plans for success veering off in unexpected and sometimes diastrous directions. And at home, their miserable new neighbor complains about everything. As the year continues, the boys learn the hard and often hilarious lesson that sometimes what you least expect is what you come to care about the most.

Callie loves theatre. And while she would totally try out for her middle school's production of Moon Over Mississippi, she's a terrible singer. Instead she's the set designer for the stage crew, and this year she's determined to create a set worthy of Broadway on a middle-school budget. But how can she, when she doesn't know much about carpentry, ticket sales are down, and the crew members are having trouble working together? Not to mention the onstage AND offstage drama that occurs once the actors are chosen, and when two cute brothers enter the picture, things get even crazier!

This fabulous book features 21 hilarious fill-in-the-blank stories all about the excitement of Pride, the history of Stonewall, and embracing being LGBTQIA+.