Read and explore We're Going on a Lion Hunt 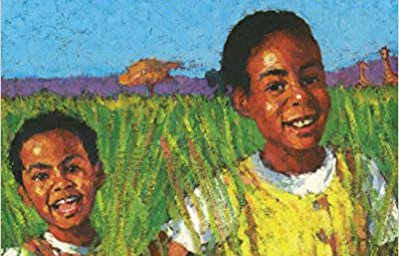 We’re Going on a Lion Hunt tells the story of two sisters out looking for a lion that lives on the African savanna. The girls go through swishy swashy long grass, a splishy splashy lake, and a big dark cave. When they finally meet their lion, they have to run, run, run through it all again to get back home.

Below, you can watch Kelsey from the Handprint Theatre Trust reading the story in British Sign Language, with a voiceover by Marian Hoddy.

We're Going on a Lion Hunt

Ways to explore the story with your child

After you have finished the story, try these lion hunt-themed activities together:

Go on a Lion hunt: take your bag and the binoculars and go on your very own lion hunt! Try going over, under, around and through different obstacles as you go on your adventure.

Make up a new version of the story. Instead of a lion, it could be a squirrel, a penguin or even a dinosaur!