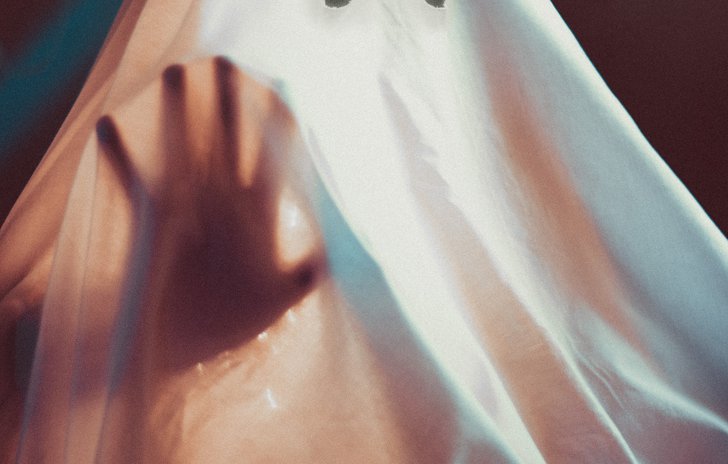 Try out these terrible tales for a terrifying bedtime story! For an extra spooky experience, you could read these stories together by torch or candlelight.

What will little Pookie decide to be for Halloween this year? Pookie tries on costumes one by one, but somehow can’t find just the right thing.

With lots to see, children can join in the Halloween fun by pushing, pulling and turning the tabs in this bright and colourful board book. Carve a pumpkin, then get dressed up, ready to trick or treat and celebrate at a Halloween party!

Join The Very Hungry Caterpillar on his spookiest adventure yet as he explores the woods by the light of the moon. Lift the big flap on every page to discover which creatures are hiding in the woods tonight.

By Fiona Watt and Rachel Wells

This touchy-feelybook is complete with purple holographic page edges and adorable bats with hairy ears, fluffy tummies and shiny eyes.

Room on the Broom

By Julia Donaldson and Axel Scheffler

The witch and her cat are happily flying on a broomstick when the wind blows away the witch's hat, bow and then her wand! Luckily, three helpful animals find the missing items, and all they want in return is a ride on the broom. But when disaster strikes, will they be able to save the witch from a hungry dragon?

Crash, crash! Stomp, stomp! A tired monster goes up the stairs. But, zzzz, zzzz, a boy is sound asleep. And ick, ick, his room is not so neat – not neat enough for a monster to take a nap! So whishtt, whishtt, the monster starts to clean.

A fun Halloween- themed 'I Spy' book with spooky illustrations.

Five little pumpkins are sitting quietly on a gate until night falls and they are joined by a cast of creepy characters – witches, spiders, bats, frogs and ghosts – all determined to cause plenty of Halloween mischief.

By Allan Ahlberg and Janet Ahlberg

A big skeleton, a little skeleton and a dog skeleton live in the dark cellar of a dark house on a dark hill. The skeletons venture out one night to find someone to scare, but everyone is in bed!

By Becky Wilson and Samantha Meredith

This is a fun book with 10 spooky sounds! Explore the haunted house and press the buttons to hear ghosts wailing, witches cackling, bats flapping and bones jangling.

It’s Halloween and Peppa and George are at Grandpa and Granny Pig’s house. Together they try on some spooky costumes, decorate the house in spooky decorations and bake their spoooooky treats.

By Mike Brownlow and Simon Rickerty

Ten little monsters are going trick or treating… but what will they do when they meet a wailing ghost? Two creepy witches? And a GIANT SPIDER?

Mirabelle Gets Up To Mischief

It’s the day of the Midsummer Dance, the highlight of every fairy’s year, but half-witch, half-fairy Mirabelle Starspell has been forbidden from using her witchy potions and cauldrons. She sneaks some potion bottles in... They can’t do any harm at all… can they?

Kitty and the Great Lantern Race

By Paula Harrison and Jenny Løvlie

Kitty and her classmates are taking part in a lantern parade through the city. The glittering fairy lights and glowing lanterns look so pretty but there is a thief sneaking through the crowds and stealing anything that sparkles. Can Kitty catch the thief and return the stolen items before the lantern parade ends?

Super Happy Magic Forest and the Portals of Panic

A mysterious portal has opened up above the forest and a small and very hungry gargoyle-like creature has flown out determined to eat everything in its path. Can our five brave heroes figure out which wizard is responsible in time to save the day?

The Night Before Halloween

By Natasha Wing and Cynthia Fisher

Twas the night before Halloween, and all through the house, All the creatures were stirring, except for the mouse. The monsters had gathered to plan and prepare, For the trick-or-treaters who soon would be there?

The Little Old Lady Who Was Not Afraid of Anything

By Linda Williams and Megan Lloyd

Thomas worries about what the other kids will think of him when he moves into town. Day after day, he watches children playing and neighbours walking by. But one fantastic costume and a good attitude was all that was needed to put his worries to rest.

When animal lover Cora learns that Direspire’s mysterious owner is looking for a new Creature Keeper, she realises this might be the chance she’s looking for to save her parents’ farm. But it soon becomes clear that Direspire has its secrets, and that somebody will do whatever it takes to keep them…

You, the hero of this story, are a member of the Sky Watch keeping the floating archipelago of Pangaria safe. When the Nimbus isle suddenly crashes out of the sky into the Oceans of Tempests below, you must explore the remaining islands and battle both storms and sea beasts in your mission to raise Nimbus from the deep.

Theodora Hendrix and the Monstrous League of Monsters

By Jordan Kopy and Chris Jevons

The first rule of the Monstrous League of Monsters is: Keep monsters hidden from humans. But when zombie George and his cat companion Bandit find an abandoned baby, they can’t leave her to be eaten by hobgoblins. So they spirit her home, where she quickly becomes part of the family.

The Beast and the Bethany

By Jack Meggit-Phillips and Isabelle Follath

Ebenezer Tweezer is a youthful 511 year old. He keeps a beast in the attic of his mansion, who he feeds all manner of things. In return, the beast vomits presents for Ebeneezer, as well as potions which keep him young. But as the beast grows greedier, only juicy children will do. So when Ebeneezer finds orphan Bethany, it seems like everlasting life will go on as normal. But Bethany is not your average orphan…

Moonchild: Voyage of the Lost and Found

By Aisha Bushby and Rachael Dean

Twelve year old Amira has only ever known a life at sea with her sea-witch mothers. So when their ship is wrecked in a great storm, Amira is delighted to have an opportunity to explore land with her best friend Namur – a jinn in cat form. Amira soon finds a boy who has a jinn like her, and learns that their spirit companions are connected to the mysterious storm that gets stronger each day.

Real witches disguise themselves as lovely ladies, when secretly they want to squish and squelch all the wretched children they despise. The Grand High Witch of All has gathered together all the witches of England for an annual conference at the Hotel Magnificent in Bournemouth to plot to eliminate all children. Luckily, one boy and his grandmother know how to recognise these vile creatures, and have a plan to get rid of them for good...

Sign up to our newsletter and get activities for your child's age.